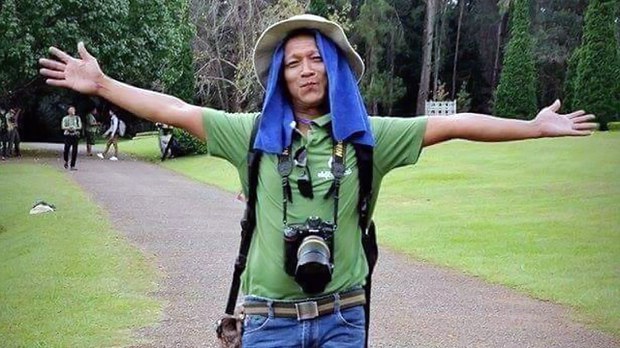 A photographer known for documenting anti-junta protests and other activities has died in custody after being detained by authorities in Myanmar’s embattled Sagaing region over the weekend, family members and friends said Monday.

Aye Kyaw, 48, who runs the Hayman Photography studio in Sagaing’s former capital, Sagaing city, was arrested by junta troops who arrived at his home in a convoy of six military vehicles at 2 a.m. on July 30, citing a “tip” that there were weapons stashed there, his relatives told RFA Burmese.

Sources close to Aye Kyaw said that the administrator of Aung Chanthar ward, where the photographer lived, contacted his family around noon the same day to inform them that he had died and that his body was being held in the mortuary of Sagaing City Hospital. The family members were told they “could retrieve it if you want it, or leave it there.”

An official from the Ohbo Health and Social Assistance Association, a charity burial service in Sagaing, told RFA that his group had taken Aye Kyaw’s body from the hospital to a religious hall in Aung Chanthar ward to prepare it for burial.

“We took the body, as requested [by the family], from the morgue and sent it to the village ‘zayat’ (religious hall),” said the official, speaking on condition of anonymity.

“We didn’t see any superficial wounds on the body but I noticed his chest was sewn up like a postmortem. I didn’t see any injuries or leaking body fluids.”

He said that the family buried Aye Kyaw on Sunday.

Another friend of Aye Kyaw’s family, who also declined to be named, told RFA that soldiers had searched the photographer’s home for weapons during his arrest but found nothing.

“The army came in six cars and arrested him. Three were outside, three entered the compound,” the source said.

“[The troops] said they would shoot if the gate was not opened. They searched the entire house but they found nothing. Nothing at all.”

The source said Aye Kyaw’s body was “left outside” by staff at the hospital for the Ohbo Health and Social Assistance Association to pick up and bring to his family.

“We didn’t see any injuries on the face but there were dark bruises on the ribs and back,” the source said.

“He was a jolly, easy-going man and had a lot of friends. When they heard his news, they were all shocked.”

Aye Kyaw, who was a member of the Upper Myanmar Photography Association, was known for documenting protests and other anti-junta activities in the aftermath of the military’s Feb. 1, 2021 coup. He would post his photography to social media, where it was regularly shared by politicians and the local media.

Members of Aye Kyaw’s photography group on Monday expressed sadness over his death, which is the latest of 137 that have occurred within days of detention or during interrogation by authorities since the coup, according to RFA’s count.

A resident of Sagaing, who did not want to be named for security reasons, said people in the city are “living in fear” because of incidents such as Aye Kyaw’s death in custody.

“I worked with Aye Kyaw during the protests in Sagaing and we took photos together. I feel horrible,” he said.

The resident said that Aye Kyaw’s body showed no signs of external injuries, leading him to believe that his fellow photographer died “due to extreme torture.”

“What happens here in Sagaing is that we see arbitrary arrests and killings when a military column comes and finds something they don‘t like,” he said.

“There is no law. The law comes from the barrel of the gun. They do whatever they want. We feel like the death penalty has been delivered whenever the army columns approach.”

The resident said that Aye Kyaw’s case marks the first time in Sagaing that a person has died within hours of being arrested by the junta.

According to Bangkok-based NGO Assistance Association for Political Prisoners, junta forces have killed at least 2,142 civilians since the coup and arrested nearly 15,000, mostly during peaceful anti-junta protests.