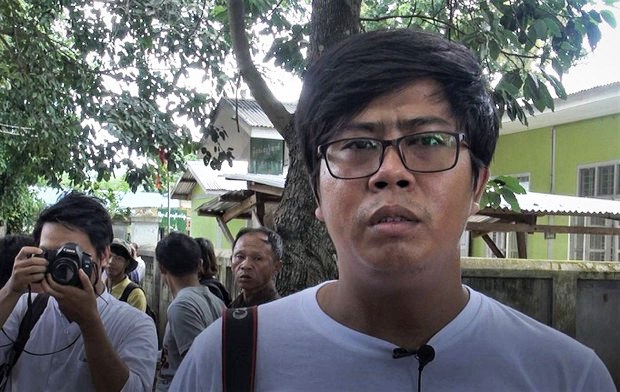 The ban is the latest on at least 20 media groups – news agencies, publishing houses and printing presses – since the military seized power in a Feb. 1, 2021, coup and began a crackdown on press freedom in Myanmar.

The Irrrawaddy, founded in 1993, is known for its breaking news coverage and investigative pieces that shed light on government abuses in both Burmese and English. Its editorials were critical of the military rule, and it had ceased operations in Myanmar after the February 2021 coup, moving production and editorial staff outside the country.

Because of that, the practical impact of the ban on The Irrawaddy was limited, although Ye Ni, the executive editor of The Irrawaddy’s Burmese language section, called the ban yet another example of “the many tragedies affecting Myanmar since the military coup,” in an interview with RFA’s Burmese service.

In a statement carried by pro-junta news outlets on Saturday, the military regime’s Ministry of Information said the outlet is now prohibited from publishing on any media platform in Myanmar, online or otherwise. But the news agency vowed to continue to publish online.

The junta also said it had charged the news agency’s former director, Thaung Win, arrested on Sept. 29, with violating the Publishing and Distribution Act by reporting news that “negatively affected national security, rule of law and public peace.”

“Thaung Win is facing troubles because he lent his name to his journalist friends, but he has nothing to do with”  the editorial decisions of the Irrawaddy, Ye Ni said.

Since taking power, the junta has moved aggressively to shut down media outlets. It has also detained more than 140 journalists, 60 of whom remain in prison and four of whom have died in custody.

A Myanmar-based journalist, who declined to be named citing fear of reprisal, told RFA on Monday that reporters are facing unprecedented challenges in the country since the coup.

“While you can say that the ban has no effect on its exiled journalists or the organization itself, those who are still in the country working for them are being relentlessly prosecuted and are likely to endure more severe punishments,” the journalist said.

“The arrests are still going on. Local journalists aren’t being released as often as in the coup’s early days. They are all being indicted and sentenced to severe punishments.”

In total, the military regime has banned 14 news agencies, four publishing houses and two printing presses in the last 20 months since the coup.

The Irrawaddy’s management told RFA that the order came as no surprise, following a series of unannounced lawsuits, raids, arrests and other moves targeting the outlet since the coup.

In March 2021, the regime brought a lawsuit against the Irrawaddy for “disregarding” the military in its reporting on anti-coup protests, making it the first news outlet to be sued by the junta. Authorities raided the Irrawaddy’s office in Yangon twice later that year.

In August, a special court inside Mandalay’s Obo Prison sentenced former Irrawaddy photojournalist Zaw Zaw to three years in prison for “incitement,” while another staff member was temporarily detained earlier this year and the home of one of the outlet’s editors was recently raided.

Thaung Win, a member of the 88 Generation student activist group, applied for a publishing license for The Irrawaddy following a pledge by former President Thein Sein to implement democratic reforms through his quasi-civilian government, which ruled Myanmar from 2011 to 2016.

The Burmese journalists who founded the outlet in exile relocated to Myanmar in 2012 and began operations there after the publishing license was granted.

The status of Thaung Win remains unclear, a source close to his family said Monday.

Saturday’s announcement followed a vow by the junta only two weeks earlier to take action against the Irrawaddy and BBC Burmese for airing what it called “fake news” about the military.

Targeting the media ‘out of embarrassment’

Soe Ya, the chief editor of the Delta News Agency, which shut down its operations in Myanmar following a crackdown by the junta last year, told RFA that the military regime is targeting all of the country’s independent news outlets.

“It seemed that the military thought early on that the media would be on their side once they were in power after the coup. But quite contrary to their expectation, civil disobedience movements broke out and the media covered the truth, so the junta began to speak out against it just as much as its political enemy the [shadow National Unity Government] NUG,” he said.

Soe Ya noted that even former journalists are being arrested and punished, and said the people of Myanmar have lost their right to the truth, as the media can’t even report the news out of fear of persecution.

“They accuse us of being ‘subversive media outlets aiming to destroy the country.’ I think they target the media even more out of embarrassment, since they haven’t been able to run the country as they had hoped.”