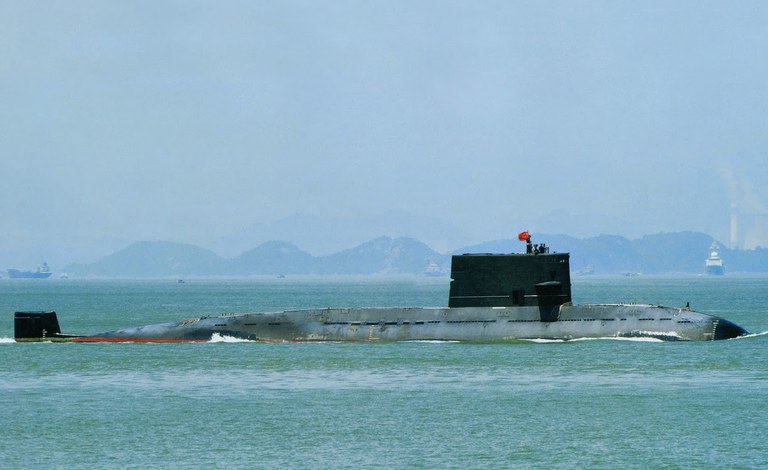 Thailand’s long-planned purchase of three Chinese submarines, which a former top Bangkok diplomat described as “an insult to the Thai-U.S. treaty relationship,” could run into trouble, officials and analysts said.

In April 2017, the Thai government approved the Royal Navy’s plan to buy three Yuan-class submarines from China valued at 36 billion baht (U.S. $1.05 billion). Because of budget constraints, the purchase of one submarine – now valued at 13.5 billion baht ($403 million) – got the green light but the other two were shelved.

The Chinese state-owned submarine developer – China Shipbuilding & Offshore International Co. (CSOC) – could not obtain the diesel engine from Germany to fit into the sub because of the European Union arms embargo imposed on China, according to a German official. The engine is manufactured by Germany’s Motor and Turbine Union (MTU).

“The export [of the engine] was refused because of its use for a Chinese Military/Defense industry item,” said Philipp Doert, the German defense attaché to Thailand, told the Bangkok Post. “China did not ask/coordinate with Germany before signing the Thai-China contract, offering German MTU engines as part of their product.”

The EU imposed its arms embargo on China in 1989 after the violent suppression of pro-democracy protests in Beijing’s Tiananmen Square.

Earlier this week, Thai Prime Minister Prayuth Chan-o-cha said that if China could not fulfill the agreement, the submarine deal could be canceled.

“What do we do with a submarine with no engines? Why should we purchase it?” Prayuth, who serves as the nation’s defense minister, told local media.

Previously, Vice Adm. Pokkrong Monthatphalin, the Royal Thai Navy spokesman, said talks were to be held later this month with CSOC to discuss the engine issue.

Local media reported that CSOC had offered an alternative engine – an offer rejected by the government, which paid its first installment of 700 million baht (U.S. $20.9 million) in 2017. The submarine’s delivery is scheduled for 2024.

Despite his concerns, Prayuth told Thai reporters that any cancellation would not affect Thai-Chinese relations, according to the Bangkok Post.

An analyst, meanwhile, said Bangkok’s growing military ties with China have led to trust issues with the United States.

“Thailand and the U.S. are treaty allies. Thailand was designated by the U.S. as a Non-NATO ally,” Kasit Piromya, a Thai former foreign minister, told BenarNews.

“The fact that Thailand commissioned the Chinese submarines is an insult to the Thai-U.S. treaty relationship,” he said, adding that the issue “must be reset and redressed.”

But the U.S. would be reluctant to sell their state-of-the-art aircraft to Bangkok because of the Thai military’s close links with its Chinese counterpart, said Ian Storey, a senior fellow at the ISEAS-Yusof Ishak Institute in Singapore.

In addition, the relationship between Thailand and the U.S. has been up and down in recent years.

“The Thai military establishment does not like criticism of its role in Thai politics by the U.S. and Western allies, while China avoids political judgment and offers military hardware at friendship’s cost,” Kasit said.

“The result is Thailand and the U.S. have been failing to hold heart-to-heart talks as allies and strategic partners,” he said.

Southeast Asian countries, especially those with competing claims in the South China Sea, are joining the submarine club to deal with new security challenges.

China by far has the largest fleet in Asia, with an estimated 76 submarines. The Yuan-class is a diesel-electric submarine designed to operate in shallow coastal waters, according to the U.S. Naval Institute.