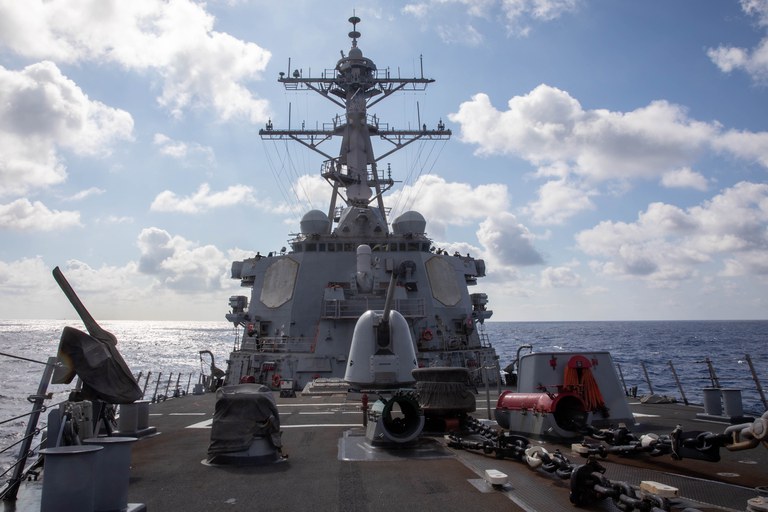 Russia’s invasion of Ukraine has brought to the fore U.S.-China frictions with no end in sight, analysts warned, while a former Asian leader cautioned about the risk of a new world war.

“I am afraid that wars have a habit of beginning small and then grow into world wars,” former Malaysian Prime Minister Mahathir Mohamad said at the Future of Asia conference hosted by Nikkei Inc. last week.

Meanwhile, Chinese and U.S. analysts present at the conference traded accusations against each other’s countries and their roles in trying to resolve the conflict in Ukraine.

Bonnie Glaser, Director of the German Marshall Fund of the United States, said that China and Russia share a common interest in weakening U.S. global influence and they “seek to change the international order.”

She reminded the audience at the conference that before the Russian invasion of Ukraine it was reported that the U.S. shared intelligence with China about Russia’s military plan and urged Beijing to intervene to prevent the war, only for China to share that intelligence with Moscow.

This “underscores how much mistrust is there between the U.S. and China,” Glaser said.

In response Jia Qingguo, professor at the Peking University’s School of International Studies, said the difference between China and the U.S. is that the U.S. is seeking an ideological world order while China is seeking a secular one “based on national sovereignty and territorial integrity.”

It is the U.S. that has been trying to contain China, Jia said.

China does not endorse Russia’s military attack against Ukraine but is sympathetic to Moscow being pushed by NATO’s possible expansion, the Beijing-based professor said, adding: “Never push a country, especially a big country, to a corner, however benign the intentions are.”

“Countries should respect each other,” Jia said.

Regarding that statement, the German Marshall Fund’s Glaser argued that China has been showing double standards when it comes to the definition of “respect.”

“When countries have put their own interests ahead of Chinese interests, that has been interpreted by Beijing as disrespect,” she said.

As the war drags on, “rather than be a strategic partner for China, Russia will become a burden,” predicted Glaser.

“One possibility is that the U.S. will be freed up to some extent to focus even more intently on the competition with China and on cooperation with allies and partners in the Indo-Pacific region,” the American analyst said, pointing out that officials in the Biden administration believe “that is the most likely outcome.”

Veteran diplomat Bilahari Kausikan, who is a former permanent secretary to Singapore’s Foreign Ministry, said the key issue at present is U.S.-China relations.

“China has been put in a very awkward situation. It has no other partner of the same strategic weight as Russia anywhere in the world,” he said.

Speaking from the perspective of Southeast Asian countries, Kausikan said geopolitics are “moving in the direction of the West” but “if you insist in defining this conflict as a fight between totalitarianism and democracy you’ll likely make that support more shaky and shallow.”

Former Malaysian PM Mahathir seemed to echo the Chinese government’s stance when describing the attitude of the U.S. as “always to apply pressure to force regime change.”

“When people do not agree, the U.S. would show that it may take military action,” he said. “That is why there is a tendency for tension to increase whenever it involves the U.S.”

But “it’s not easy to contain China,” Kausikan said.

“China and the U.S. are both parts of the global economic system. They’re linked together by supply chains … Like it or not, they’re stuck together,” the Singapore analyst said.

“Competition will be very complicated,” he added.

Experts at the Tokyo conference also discussed the possibility of a conflict involving Taiwan, which China considers a breakaway province that should be reunified with the mainland.

Jia Qingguo stated that there should be no comparison between Ukraine and Taiwan.

“No country has the right to support some residents of another country to split the place in which they live away from that country,” he said.

“China has every right to make sure that Taiwan will not be split from China.”

Glaser said China’s military is, without doubt, following the war in Ukraine closely.

“There are some differences between Taiwan and Ukraine and it’s not a perfect analogy but there are lessons to be drawn.”

“Russia has far greater military capabilities than Ukraine but the Ukrainian resistance has been fierce and I wonder if the PLA has actually anticipated a possibility of facing a fierce resistance in Taiwan,” Glaser said.

She said she hoped Taiwan would also draw some lessons from the conflict in Ukraine and develop its own defense capabilities in the face of security threats from China.