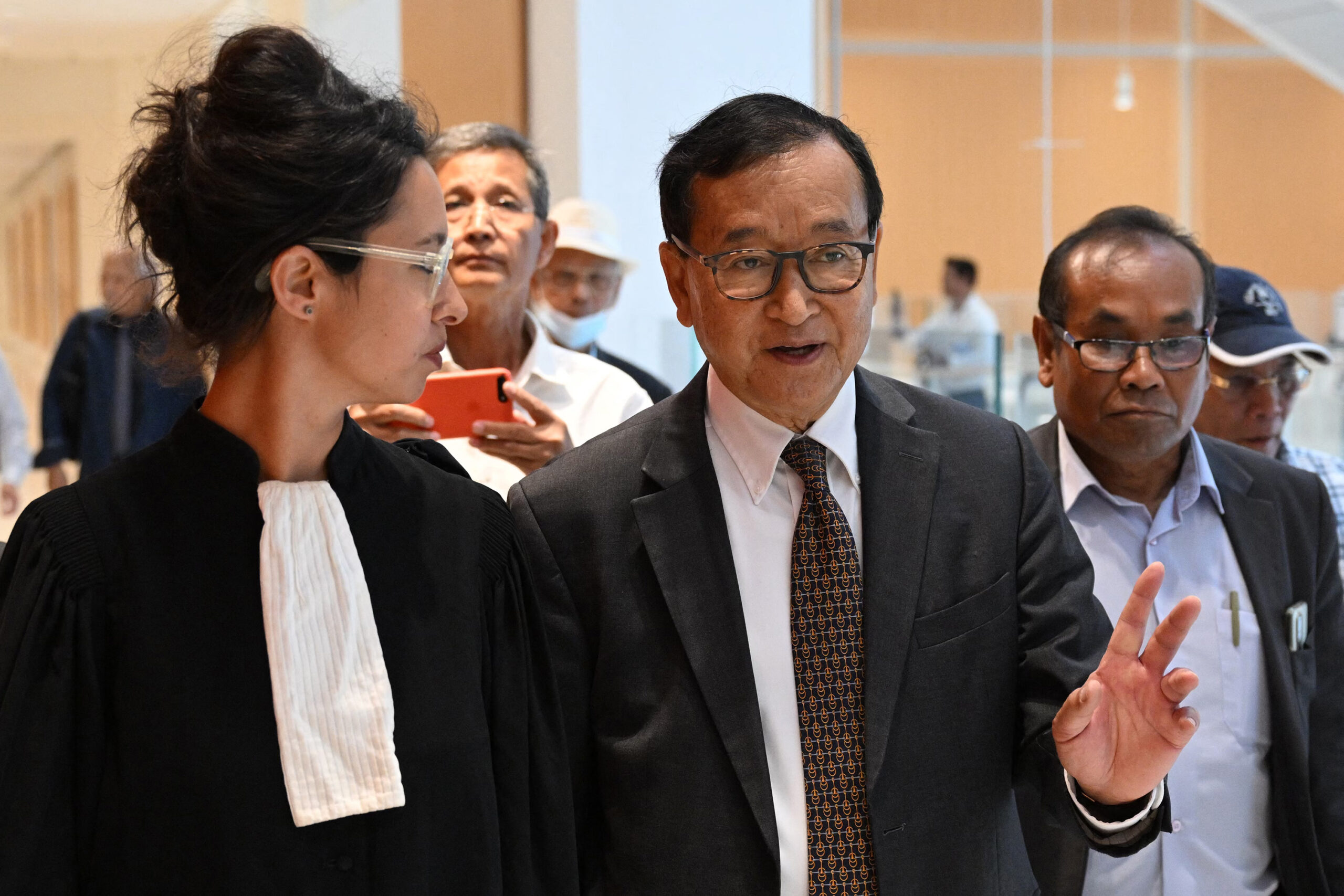 Cambodian Prime Minister Hun Sen on Thursday said he would dissolve any political party that dares to associate with Sam Rainsy, a threat that opposition party officials believe indicates he is still afraid of the exiled opposition leader’s political clout ahead of the 2023 general elections.

Sam Rainsy was a co-founder of the now banned opposition Cambodia National Rescue Party, or CNRP. He fled to France in 2015 to avoid various political charges his supporters say are politically motivated.

In 2017, Cambodia’s Supreme Court dissolved the CNRP, a move that allowed Hun Sen’s ruling Cambodian People’s Party, or CPP,  to capture every seat in the National Assembly in 2018 general elections.

Hun Sen said he was not afraid of bloodshed and would beat down anyone who dared to stand up against him.

“I succeeded in destroying the Khmer Rouge,” he said at a press conference in Kandal province, vowing to do the same to Sam Rainsy. “Now I appeal to the Khmer people who believe in this traitor – and any parties that want to associate with Sam Rainsy – we will file complaints against them to dissolve those parties,” he said. “The law states that we need to dissolve parties that commit crimes.”

A former Khmer Rouge member himself, Hun Sen defected to Vietnam with a battalion under his command in 1977 and returned during that country’s 1979 invasion of Cambodia.

Following the defeat of the Khmer Rouge government, Hanoi installed him as deputy prime minister. He then rose to become prime minister in 1985 and has ruled the country ever since.

Hun Sen said he supported Wednesday’s decision by the Phnom Penh court to sentence Sam Rainsy to a life sentence and strip him of all political rights, on charges of conspiring to hand over Cambodian territory to a foreign state.

“Cambodia doesn’t have a law to execute prisoners, otherwise the court would have ordered the execution of Sam Rainsy,” he said. “People must understand this traitor’s behavior. People who are involved with these traitors will be punished, so please stay away.”

“People, including the armed forces, continue to support Sam Rainsy, so Hun Sen is afraid of Sam Rainsy’s influence after he urged voters for a change in the 2023 election,” said Um Sam An.

The court’s ability to dissolve a political party is an incorrect interpretation of the law, Kang Savang, an election monitor with the independent Committee for Free and Fair Elections in Cambodia (Comfrel), told RFA.

“Political parties are facing difficulties because of the law,” he said.  “Their interpretation of the law is not clear, specifically over issues of national security and foreign collusion.”