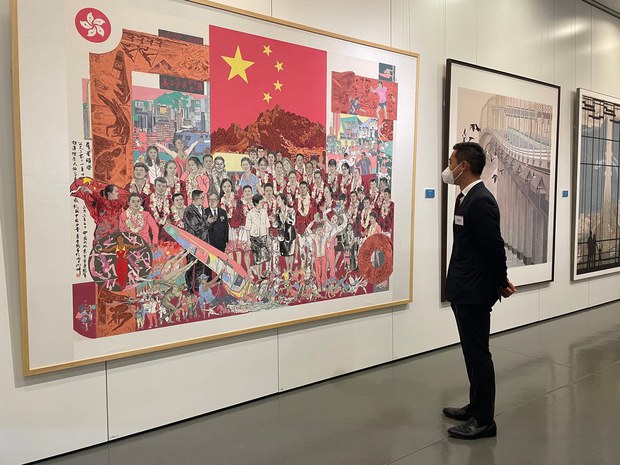 Youth organizers linked to the Chinese Communist Party (CCP) are actively recruiting among Hongkongers in exile at British universities, according to a statement from several Hong Kong advocacy groups.

The Hong Kong branch of the Chinese People’s Political Consultative Conference (CPPCC), part of the CCP’s United Front Work Department outreach and influence program, is calling on Hong Kong students in the U.K. to sign up for a “mentorship” program at several universities.

“Despite being directly connected to a government organization, [the program] promised that ‘there will be no political propaganda’,” a joint statement from five Hong Kong activist groups in the U.K., including Power to Hongkongers and Nottingham Stands with Hong Kong, said.

“This claim is contradictory … We strongly oppose this program due to our deep concern over its covert political objective,” the statement, which was also signed by Durham Stands with Hong Kong, Newcastle Stands with Hong Kong and the Liverpool Hongkongers Alliance, said.

“We urge the participating student societies to withdraw from this program and disassociate from this organization,” the statement, carried on the Facebook page of Nottingham Stands with Hong Kong, said.

A spokesman for Newcastle Stands with Hong Kong who gave only the nickname K said Hong Kong activists are increasingly concerned about CCP infiltration of British universities.

“We also experienced a lot of infiltration of the CCP into British universities when we were studying,” K said. “For example, in 2019 ,the Chinese Students and Scholars’ Associations (CSSAs) directed Chinese students to suppress Hong Kong students’ activities on campus in support of Hong Kong.”

“The societies participating in this mentorship program are mainly established by Hong Kong people and carry a certain influence in Hong Kong student circles,” K said. “We are worried that the CCP will continue to brainwash the next generation of Hong Kong people overseas by infiltrating these societies.”

K said CCP propaganda, enforced by a draconian national security law imposed on Hong Kong by the CCP from July 1, 2020, has already changed the atmosphere at Hong Kong’s universities, particularly the Chinese University of Hong Kong (CUHK) and the Polytechnic University, which resisted attacks by fully armed riot police and even an armored car on their respective campuses with Molotov cocktails and makeshift weaponry in November 2019.

“The CCP has never stopped infiltrating, and has set up … organizations overseas to try to extend their influence to students in other countries,” K said.

“Overseas governments should pay more attention to this attempt to coopt universities, so as to curb the expansion of CCP influence,” they said.

Hong Kong societies at eight British universities including Kings’ College London, Leeds University and Queen Mary University, London had already signed up for the “mentorship” scheme by the time the statement appeared.

Kings College London took down the poster soon after the Aug. 8 statement appeared, to be followed by other societies on Aug. 9.

But the poster remains on the Instagram accounts of the Unite UK Alliance and the Swansea University’s Hong Kong society.

Chu Seoi, a doctoral student at the Hong Kong University of Science and Technology who is currently teaching in a German university, said the “mentorship” program offered some attractive benefits to participants, and urged Hongkongers to remember who was behind it.

“This program is pretty tempting,” Chu told RFA. “But the problem is that it is provided by the enemy of us Hongkongers: the United Front Work Department of the CCP.”

“It’s being provided by the same CCP that took away our city, our home, and destroyed freedom and democracy in Hong Kong,” Chu said.

“It’s as if someone who just killed your family comes running up and offers to introduce you to some people … who could help your career.”

An employee surnamed Yue who answered the phone at the the Hong Kong CPPCC youth association on Wednesday said the mentorship program pairs young Hong Kong students with industry leaders in various sectors, and costs nothing to take part in.

“Students in the U.K. can participate,” she said. “We will match them up with a mentor based on their wishes, and they can communicate with others in a group.”

“We don’t charge students money for this, but it has been postponed until October now,” Yue said.

The group was set up in 2014, and consists of CPPCC members under the age of 45, and the offspring of wealthy Hong Kong business owners, to “serve our nation, serve Hong Kong, and serve our members,” according to a motto on its Facebook page.