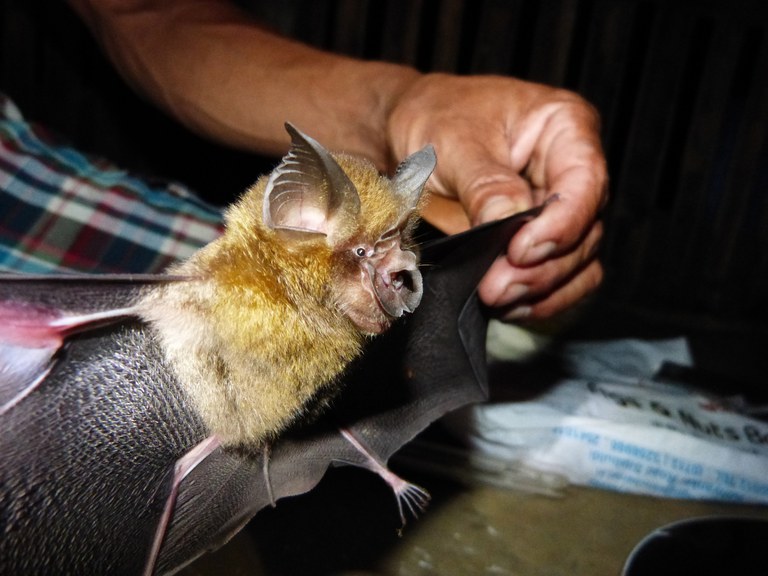 A 2021 University of Cambridge study found that climate change may already have played a role in the emergence of the current pandemic, after researchers tracked large-scale changes in vegetation patterns across southwestern Yunnan province and neighboring Myanmar and Laos.

“Increases in temperature, sunlight, and atmospheric carbon dioxide – which affect the growth of plants and trees – have changed natural habitats from tropical shrubland to tropical savannah and deciduous woodland,” the study said. “This created a suitable environment for many bat species that predominantly live in forests.”

Genetic data suggests SARS-CoV-2, the virus that causes COVID-19, may also have come from this region, according to study first author Robert Beyer, a researcher in the University of Cambridge’s Department of Zoology.

“Climate change over the last century has made the habitat in the southern Chinese Yunnan province suitable for more bat species,” Beyer said.

“As climate change altered habitats, species left some areas and moved into others – taking their viruses with them,” he said.

“This … most likely allowed for new interactions between animals and viruses, causing more harmful viruses to be transmitted or evolve,” said Beyer.

The world’s bats carry around 3,000 different types of coronavirus, with each bat species harboring an average of 2.7 coronaviruses – most without showing symptoms.

While most coronaviruses carried by bats can’t jump into humans, several coronaviruses known to infect humans are very likely to have originated in bats, the study said.

The area of Yunnan covered by the study is also home to pangolins, which are a likely intermediary host for SARS-CoV-2, experts said.

“The virus is likely to have jumped from bats to these animals, which were then sold at a wildlife market in Wuhan – where the initial human outbreak occurred,” a press release accompanying the study said.

Another study published by researchers at Georgetown University in the journal Nature also warned that the climate crisis may increase the risk of cross-species transmission of viruses — and could even trigger the next pandemic, citing bats as a likely source species.

He cited an outbreak of Hendra virus in Australia in 1994, which caused deaths in humans and horses, and originated in fruit bats.

“When their habitats are destroyed or reduced, fruit bats will of course find another way to live,” Chen told RFA. “There are parks in the city, so the likelihood of finding food is very high, added to the fact that people in Australia don’t actively kill bats.”

“So they find an urban environment that they can adapt to.”

“Many studies have found that when habitat of wild animals is stable and undisturbed, the pathogens they carry are less likely to spread,” he said.

“When protected animal habitats are well managed and biodiversity taken care of, a single highly lethal pathogen is less likely to emerge,” he said.

According to the Georgetown study, there are at least 10,000 viruses currently existent in wild mammals that could be transmitted to humans.

Prediction models show that under different carbon emission scenarios, more than 300,000 first contacts between species will occur, some of them in the next 50 years, potentially resulting in more than 15,000 new cross-species virus transmissions.

“The vast majority of prediction models believe that the virus will spread across species, particular cross-species transmission from wild animals will become more and more serious under climate change,” Chen said.

“These pathogens may jump the species barrier, infect livestock animals, and then infect humans from there, or even directly from wild animals to humans,” he said.

“All of these routes are possible [but] whether transmission happens or not depends on the frequency of contact, or the immune status of the potential host,” Chen said.

Li said the overall risk had definitely increased, however.

“There are some key factors in between, but the risk of disease is indeed increased,” Li said.

Chen said the key lies in the management of biodiversity, particularly in tropical and subtropics regions of east and southeast Asia.

Li said areas of high population density and ongoing development are most at risk.

“Humans invade nature, transform their environment, or make use of wild animals … and then the risk of coming into contact with viruses carried by wild animals is relatively high,” she said.

“Once an epidemic occurs in a densely populated place, then of course there’s a much higher chance of it spreading,” Li said.

Chen cited the hunting of wild animals for food, and the trading of different species in the same markets as high-risk behavior.

Wild animals that are trapped alive and held in cages in close proximity have weakened immune systems, making transmission more likely among them by the time they get to market.

“We should pay attention to the problem of infectious diseases from an integrated perspective, and take better care of the natural environment and wild animals,” Li said.  “Only then can we get better protection for our livestock, our pets, and for human health.”