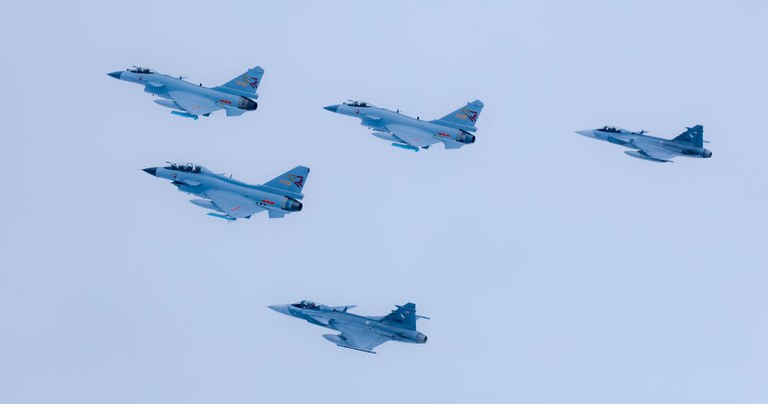 China and Thailand are to kick off a major joint air force exercise on Monday after a two-year suspension due to COVID, the Chinese Defense Ministry announced.

The ministry said in a statement on Friday that the Falcon Strike 2022 training exercise will be held at Udorn Royal Thai Air Force Base in Udon Thani province, northeastern Thailand.

The exercise will begin on Aug. 14 and RFA sources say it will last until Aug. 24. It will include “training courses such as air support, strikes on ground targets, and small and large-scale troop deployment,” according to China’s defense ministry.

The renewed exercise marks a new effort to “enhance mutual trust and friendship between the two air forces,” the ministry said, as well as to further the strategic cooperation between Thailand and China, as the latter seeks to project power and expand its influence in the region.

The Chinese military has just finished a week-long air-naval exercise around Taiwan as an angry response to a visit to the island by the Speaker of the U.S. House of Representatives Nancy Pelosi.

“Thailand cannot deny China’s military role in this region. The combined exercise enables Thailand to better understand and be more familiar with the PLA’s command and control system and its military doctrine,” Dulyapak Preecharush, Deputy Director of the Institute of East Asian Studies at Thammasat University in Bangkok told BenarNews, an RFA-affiliated online news service.

Reuters quoted an anonymous Thai air force source who said that Thailand will not deploy its F-16s for Falcon Strike 2022. Instead it will use its Swedish-made Saab JAS-39 Gripen fighters as well as German-made Alpha Jet light attack aircraft.

It is unclear which types of aircraft China will be deploying for the exercise.

“Thailand has been shifting more towards China in recent years,” Rupprecht said.

Since the Thai military increased its power after coups in 2006 and 2014, Bangkok bought tanks, armored personnel carriers and entered into a controversial multi-billion-dollar contract to procure submarines from China.

China’s arms exports to Thailand increased five-fold between 2014 and 2018 compared with the preceding five years, according to the Stockholm International Peace Research Institute in Sweden.

The Thai-U.S. relationship has encountered some turbulence because of the growing ties between Bangkok and Beijing, despite Thailand being the U.S.’s oldest treaty ally in Asia.

The Thai air force expressed a strong interest in buying some F-35 stealth fighter jets to replace its aging fleet of F-16A/B Fighting Falcons but Washington so far seems reluctant to consider the purchase, fearing the fighter’s sensitive technologies could be compromised by China, its biggest military and strategic rival.

However the upcoming Falcon Strike exercise should not increase tension between China and the U.S. if it “doesn’t have a scenario such as an attack on U.S. interests or let China become familiar with U.S. military hardware,” argued Thammasat University’s Dulyapak.

“Both the U.S. and China can take turns to hold joint drills with Thailand,” the analyst said, adding: “There is no monopoly in Thailand’s defense policy.”

Falcon Strike joint training exercises have been held annually since 2015 but were suspended in 2000 because of the global COVID pandemic. This year’s event is the 5th training exercise between the air forces of China and Thailand.