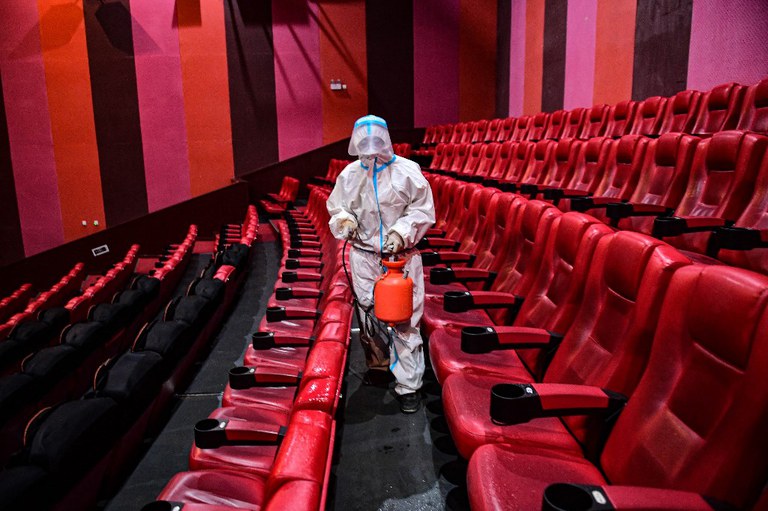 As a grueling lockdown in Shanghai continues to make world headlines, as many as 30 million people have been under similar measures for weeks under the ruling Chinese Communist Party (CCP)’s zero-COVID policy elsewhere in China.

A recent video posted by the Yitiao short video content producer featured interviews with residents of the southwestern border town of Ruili, which has been locked down on and off for weeks, prompting an estimated 200,000 people to leave town.

The city is an important trading center for the China-Myanmar border, but has been locked down nine times, making a total of 160 days, since the pandemic began, in line with the official narrative that the biggest threat of COVID-19 transmission comes from outside China.

As people flocked to stores and supermarkets fearing an imminent lockdown in Beijing, parts of which are already under lockdown or similar restrictions, residents of port and border cities have been living under some degree of restriction for months, they told RFA.

“It’s true that the economy here is no good,” Yang said. “The city is often locked down because of the pandemic, and most of the traders have gone to other nearby cities like Longchuan, Pingjiang and Tengchong.”

Yang said he would like to leave too, but is currently on a seven-day mandatory quarantine at home, and will need a negative PCR test before he can leave.

In the northeastern province of Heilongjiang, the border trading town of Suifenhe, on the Binsui railway close to the Russian border, is also locked down, a resident told RFA.

According to Yitiao, Suifenhe was placed under lockdown in April 2020 after some cases were found to have been imported from Russia, and has been under lockdown since Jan. 25, 2022, with all delivery services, pharmacies and hospital clinics closed for business.

An employee who answered the phone at a restaurant in the town confirmed the report.

“We’re closed. We’re not doing business. Since about March or April,” the employee said, adding that he expected the lockdown to lift soon, and businesses to open again.

Residents of Dongxing in the southwestern region of Guangxi on the border with Vietnam have also reportedly been under similar restrictions since Feb. 23, 2022, which were only lifted on April 23.

Media reports show dozens of smaller towns and cities are currently under partial or total lockdown due to rising COVID-19 cases, including Baotou in Inner Mongolia, Hangzhou, home to the headquarters of Alibaba, and Tangshan in the northern province of Hebei.

A Caixin media report also listed Changchun, Handan, Quanzhou and many cities in Jilin, Shanxi, Heilongjiang, Jiangsu and Shaanxi as locked down, with more than 30 million people affected.

“The boundary between the CCP’s notion of locked-down and semi-locked down cities, or between hard and soft city closures, is getting more and more blurred,” Tang said.

Most seem to share a few features in common, however: residents are required to stay home unless they need medical treatment or are getting tested in one of the compulsory mass-testing operations.

Schools are closed, businesses shut down, and roadblocks are put in place to minimize non-essential traffic on the roads.

While Shanghai’s lockdown has been a major focus for Chinese state media and social media, much less is being written on any platform about the smaller cities.

Meanwhile, those in other cities are finding it harder and harder to read or watch content coming out of Shanghai, as government censors step up their block-and-delete operations.

A directive issued by the CCP’s powerful propaganda department to media editors dated April 22 orders editors and censors to remove any reference to a hard-hitting short video featuring an audio montage of the voices of people during the Shanghai lockdown.

“Will all channels please completely remove any copies of “April Voices” or screenshots from it, as well as any images deriving from it,” the directive, posted to the China Digital Times website and attributed to the Beijing Cyberspace Administration, said.

A similar message was also attributed by CDT, which curates leaked propaganda directives under its Ministry of Truth section, to the Guangdong Cyberspace Administration.

According to Tang Jingyuan said there has been little online complaint or protest regarding lockdowns outside Shanghai, which is home to a highly privileged and well-connected population.

“Firstly, smaller and medium-sized cities don’t get much public attention anyway, and secondly, local governments may wield stronger control over content like that, so it’s hard for discontent to spread.”

He said the factional battle lines within CCP ranks have found public expression in Shanghai.

“There is both a public and a hidden struggle going on between their two models,” Tang said. “These very strong political factors have led to a high degree of non-cooperation throughout Shanghai, even publicly, which is pretty rare.”

Authorities in Beijing reported 70 new cases of symptomatic COVID-19 during the past four days, and announced they would expand mass PCR testing across most of the city.

Supermarkets were scrambling to restock after Monday‘s panic-buying, but residents said basic foodstuffs were still in short supply.

In Shanghai, authorities continued to send residents who tested negative outside of the city, mostly to Hangzhou, sparking fear among local people.

And media reports said Meng Qinggong, the deputy chief designer of China’s homegrown CR929 aircraft, died of a heart attack at his home on Sunday after attempts to save him were unsuccessful.

Meng died after a long wait for an ambulance, which was hampered by current lockdown restrictions and couldn’t reach him in time, the reports said.