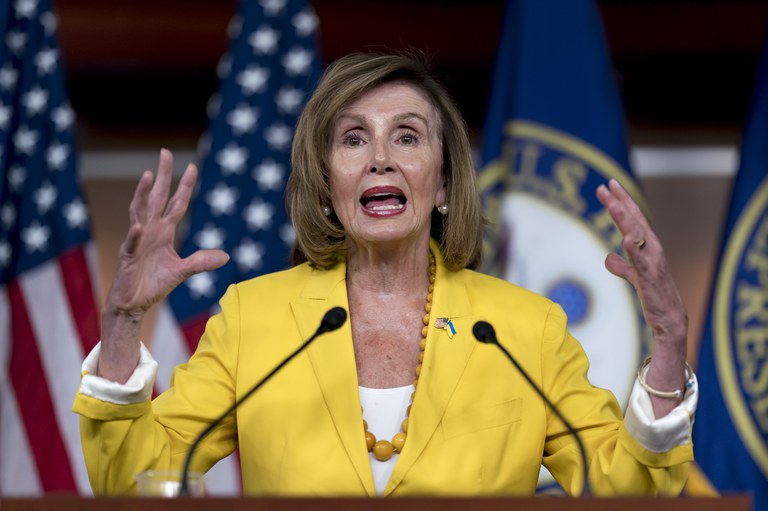 In a regional show of strength China announced three almost-simultaneous military exercises in the South China Sea between July 27 and 31, just as reports emerged that the U.S. House of Representatives Speaker Nancy Pelosi may embark on her Asia-Pacific tour on July 29.

A navigation warning is a public advisory notice to mariners about changes to navigational aids and current marine activities or hazards including military exercises.

Coordinates provided by the Guangdong MSA show three areas close to China’s mainland but one of them lies only some 240km from Pratas Island, claimed by both the People’s Republic of China and Taiwan but controlled by Taipei.

China often holds military exercises at short notice as a form of protest in response to U.S. naval activities and political developments that Beijing deems “hostile.”

The unusually high frequency of drills this month shows China-U.S. tensions have been raised by Pelosi’s reported Taiwan visit and the presence of the Ronald Reagan Carrier Strike Group in the South China Sea.

China has responded strongly against the rumored trip which, if confirmed, would be the first visit by a U.S. House Speaker to Taiwan since 1997.

In his telephone conversation with U.S. President Joe Biden on Thursday Chinese President Xi Jinping warned Washington against “playing with fire” over Taiwan.

“Playing with fire will only get you burnt. I hope the U.S. is clear on this,” state news agency Xinhua quoted Xi as saying during the phone call.

Before the Xi-Biden meeting, different Chinese government agencies had already issued at least six official warnings against the visit, with the Defense Ministry on Thursday threatening that “actions are the best answer.”

Countries in the region are watching these latest developments closely, said Shahriman Lockman, Director of Malaysia’s Institute of Strategic and International Studies (ISIS).

“The concern here is how China would seek to retaliate if Pelosi were to visit Taiwan,” Lockman said.

“If that retaliation took place in the South China Sea, perhaps in the form of a deployment of combat aircraft to the Spratlys [a disputed island chain], it would underscore to other countries the growing risks of US-China rivalry,” he said.

U.S. media reported that Nancy Pelosi, the third most senior figure in the American political system, would depart for an Asia-Pacific tour on Friday.

Both Bloomberg and NBC quoted anonymous sources as saying that the tour would take Pelosi to some U.S. allies in the region, including Japan and Singapore, but whether she would make a stop in Taiwan remained “unclear.”

Some leading American China experts have called on the U.S. House Speaker to postpone any Taiwan visit.

Bonnie Glaser, Director of the Asia program at the German Marshall Fund of the United States and Zack Cooper, senior fellow at the American Enterprise Institute, wrote in the New York Times that the event would be seen by Beijing as “a serious provocation.”

“Chinese leaders might be willing to risk an escalation such as challenging Ms. Pelosi’s plane or flying military aircraft directly over Taiwan for the first time,” they said.

“Leaders on all sides must wake up and find off-ramps to avoid a dangerous confrontation that neither side wants,” the two analysts said, arguing that a crisis in the Taiwan Strait would put the island in a very difficult situation.

Shahriman Lockman from Malaysia’s ISIS suggested that, should Pelosi decide to skip Taiwan, the Americans “could attempt to present this as a demonstration of restraint and maturity.”

“I think there is a good middle ground here which is for Pelosi to telephone Tsai Ing-wen from Japan so she won’t need to visit Taiwan but at the same time, be able to show her support,” Lockman said.

The U.S. does not have diplomatic relations with Taiwan, which Beijing considers a Chinese province, but it is obligated by law to provide the island with defense capabilities.

During his conversation with the Chinese leader on Thursday Biden made clear that Washington “strongly opposes unilateral efforts to change the status quo or undermine peace and stability across the Taiwan Strait,” according to a White House press release.

“The Presidential Palace expresses its gratitude … and looks forward to China’s shared responsibility” in maintaining peace and stability across the Taiwan Strait,” the report said.