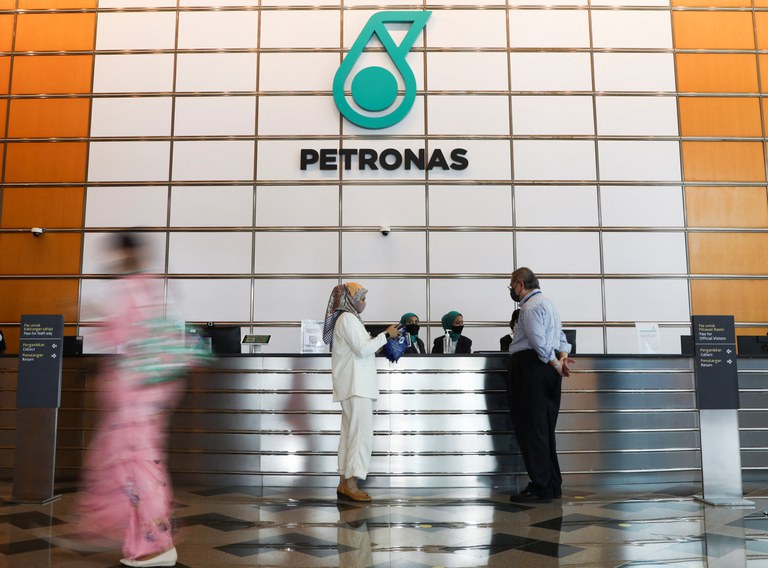 Russia will soon begin participating in Myanmar’s energy industry in place of international companies that quit, the Burmese junta said in response to the exit of three big Asian firms from a gas field in the coup-hit nation.

Since April 29, the Malaysian and Thai state-owned oil firms and a Japanese energy conglomerate have withdrawn from Myanmar’s Yetagun gas field, with all three citing commercial reasons for pulling out.

Japan’s ENEOS also mentioned Myanmar’s “current situation, including the social issues” as one of the reasons for quitting, referring to human rights excesses by the military where nearly 1,800 civilians have been killed since the February 2020 coup.

The companies quit not because of political instability but because of declining economic benefits from the Yetagun project, Myanmar’s military spokesman told RFA’s Myanmar Service.

“Our allies and friendly organizations are cooperating with us in the electricity and energy sectors. You will soon see Russia’s cooperation in the near future. We will expand our oil and gas operations as soon as possible,” Maj. Gen. Zaw Min Tun said on Thursday.

One political analyst said it would not be surprising if Russia entered Myanmar’s oil and gas industry.

“When democratic countries sever relationships or slap sanctions against a military junta, countries that do not value human standards or rules and regulations will step in for their own benefit. This has happened in many countries,” analyst Sai Kyi Zin Soe told RFA..

“There have been similar incidents in the history of Myanmar.”

One economist, who requested anonymity, said it was unlikely that Myanmar could find a replacement so soon for the companies that have quit its energy sector.

“Russia is a very powerful country in the oil world,” the economist said.

“[E]fforts could be made with them [the Russians] but a sudden replacement is not so easy. It’s not going to work right away.”

While it is true that ENEOS, Malaysia’s Petronas, and Thailand’s PTTEP withdrew from a depleting gas field, the political situation did not help, analysts told BenarNews.

Besides, said one Southeast Asia observer, the withdrawal of the firms representing two ASEAN nations, even from an unprofitable project, would have been a huge blow to the junta. It had bamboozled the regional bloc by reneging on a consensus among ASEAN members to put the country back on the democratic path.

The three firms packed up from the Yetagun project because gas output had plummeted, Readul Islam, a Singapore-based energy research analyst, told BenarNews.

“The Yetagun project produced roughly 3 percent of Myanmar’s 2020 gas output, which already was a steep decline from the project’s 6 percent of Myanmar’s 2019 output,” said Islam, an analyst for Rystad Energy, an independent energy research company, about a field where experts say output had been declining since 2013.

BenarNews could not reach the chief executive of PTTEP for comment, nor did officials at Petronas immediately return phone calls or reply to emails.

Since the military took over, a slew of companies, not only oil firms, have left. They cited the coup or the subsequent abuses, and said they had also been hobbled by international sanctions imposed on the regime that makes it difficult to do business there.

The departures of Petronas and PTTEP from the Yetagun project should be viewed in this context, according to Southeast Asia analyst Zachary Abuza.

He agreed that Petronas and PTTEP may have left a dying field but, in his view – at least in the case of Malaysia’s Petronas – apart from the economics, others reasons motivated the decision.

“My takeaway from this is that the Malaysians are frustrated and want to put pressure on the SAC,” said Abuza, a professor at the National War College in Washington, referring to the State Administration Council, the junta’s official name.

It was different for Thailand’s PTTEP, which, in fact, announced they were taking over the stakes quit by Chevron and TotalEnergy in another Myanmar gas field, Yadana, Abuza acknowledged.

And yet, “[i]t is a loss for the SAC. It doesn’t look good when your key cash cow, the MOGE (the Ministry of Oil and Gas Enterprises) is losing key investors even if [the oil] fields are not profitable. The optics are bad.”

What makes it worse for Myanmar, a member of the Association of Southeast Asian Nations bloc, is that state-owned firms from fellow member-states were the ones that quit, Abuza said.

“These [Malaysian and Thai companies] are ASEAN partners. For the junta, it is probably not a huge surprise that Western oil firms have pulled back, but for ASEAN partners to do so, that has got to sting a bit more,” Abuza said.

“Symbolism matters for a regime that craves international recognition.”

Meanwhile, activist group Justice for Myanmar, told BenarNews that the withdrawal from the Yetagun gas project was a result of the “sustained pressure from the people of Myanmar and activists around the world.”

According to the group, more pressure is needed to stop all oil payments to the junta so it cannot use the funds to buy the arms and ammunition it uses to gun down civilians in its brutal nationwide campaign against anyone who opposes the generals’ rule.

“PTTEP now must go further and suspend payments to the Myanmar military junta from the Yadana and Zawtika projects, or withdraw,” Yadanar Maung, spokesperson for Justice For Myanmar, told BenarNews by email.

“These projects bankroll the Myanmar military junta, a terrorist organization, and PTTEP’s continued involvement aids and abets the junta’s … crimes. …We call on the Thai government to change course and stop business with the junta.”